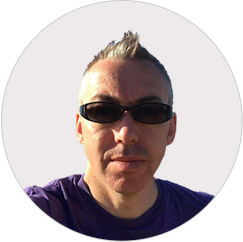 Founder of Video Marketing Insider and head honcho at Beers With Adam.

Thanks in advance for stopping to read this page.

In my younger days, I spent time backpacking around Australia..

One day I ended up in Nimbin.

Weird little town famous as the marijuana capital of down under.

But when I got there..the place was pretty scary.

The sad thing about the digital marketing is the amount of folk who are addicts!

And addicts are forever on a downward spiral into the depths of darkness and there are only two endings to their story.

Maybe you are an addict, a reformed dealer or just someone who wants to do what’s right.

If you are like me and want to make a difference in business, then it can get pretty hard at times.

While your mind is swimming with ideas, you still have to deal with what is right in front of you… Making money and putting food on your family’s table.

While speaking at an international meet up in Tokyo on my chosen topic of video, I realised most people had an innate fear of all kinds of video marketing. 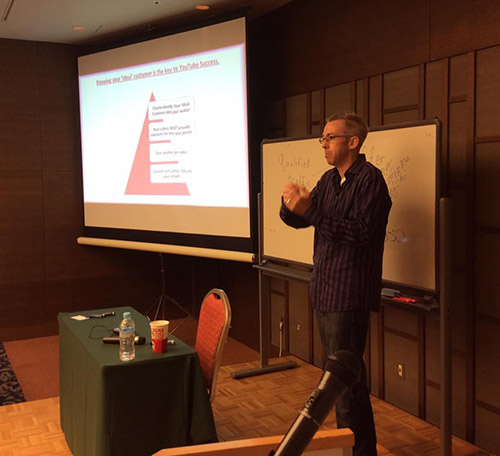 They thought that to be successful, you needed Hollywood style productions and model like looks.

Me being on stage put to rest the last point but I cannot stress how important it is to forget the flash and just be you.

I never wanted to be a ‘YouTuber’.

We can leave that to the kids.

Being real is the one thing that has allowed me to go from full time English teacher here in central Japan to full time video marketer.

Yep, I live in Japan. Does that make me cool?

Probably not but it’s a good transition to my story (maybe you’ll be able to relate to some of it).

Japan is a fun, safe, weird, quirky place, but overall I am happy here.

Sure I miss my home of London (especially the family, the football and the pubs) but I go back quite often so it’s all good.

Rather than tell you my life story, I’ll start back in 2000. I’d just finished backpacking around the globe after two years and was back in dark and gloomy London, somewhat depressed and wanting to be somewhere else.

I still had the travel bug and so, while working a grim warehouse job, I decided to study teaching in Notting Hill (fashionable part of West London) with the hope of getting a job teaching English somewhere in Asia.

I remember being interviewed for the course and being told I was not suitable as I had no language experience.

I suitably ignored that advice and did the course, passed and got offered 4 jobs; Nagoya, Pusan (Korea), Thailand and Vietnam. I learned there and then not to allow anyone to tell you cannot do something.

I’d heard of the football team in Nagoya, so made up my mind to visit Japan for 6 months, save some money, and carry on backpacking.

Here to stay I guess.

Fast forward to 2012 and I’d just completed my Masters Degree in Applied Linguistics.

Twelve years is a bit of a jump but heck, apart from getting married and having our first daughter, not much else happened.

Life just went on about its business.

While the Masters degree was an eye-opener, and I’m glad I did it, I realized what a load of old tosh Academia is.

So out of touch with reality and utterly useless in the real world.

It was about this time that I wanted my life back. I was getting sick of teaching and came to the conclusion that my life was passing and I was forsaking my kids for a paycheck.

I would get home at 10 and leave at 8 the next morning. that is no way to go through life although to most folk, it’s the norm.

Like many, and perhaps you too (if you are still reading that is), I turned to the Internet. I had absolutely NO CLUE about anything.

I had no business background and zero technical skills.

In short, I was the stereotypical clueless newbie.

And I failed big time.

I made the mistake of not having a plan (as well as a clue) and joined a few network marketing companies and Biz Opp style companies that make me shudder when I think about it.

I won’t bore with too many details, but I’ve had a ton of failures and setbacks. Let me summarize some of them below:

+ Paid $5,000 for some one to one training with a well-known marketer and received a grand total of ZERO minutes.

+ Made a grand total of $24 in my first 6 months. I spent slightly more than that.

+ Had to borrow money from my wife 18 months into my online journey as I had spent everything I had.

+ Spent almost every spare hour I had after work and on weekends trying to figure this game out.

I learned a list was not just something that you took to the supermarket and that WordPress existed.

I discovered the world of auto responders, solo ads (yuck) and copy.

That said, I got super overwhelmed trying to learn all this stuff and then actually apply it.

I was hemorrhaging money and that was not fun.

One time I spent $2K to learn all about Solo Ads only to find that the group I joined were all buying clicks off of each other, leaving fake testimonials in Facebook groups and using PLR (private Label Rights) to kickstart their lists.

Shady stuff and I wanted no part.

So I was back in limbo and just spent my time keeping busy and not achieving too much.

My week would be something like this: Monday I’d write a blog post, Tuesday send an email, Wednesday watch a training video, Thursday think, oh I haven’t written a blog for a few days, Friday I’d make a video.

This unfocused strategy continued for a while.

No pattern whatsoever. I was going nowhere fast.

So I got talking to a successful friend of mine, who became successful by solely focusing on Facebook and nothing else.

It was late Summer 2013  and I made the choice to try and master YouTube.

I bought up a lot of products and began making  little videos. I realized I needed to learn how to rank them to get more views.

Over time, I attained this skill set and was able to rank for a wide variety of keywords and as a result, my videos were getting some traction.

My first attempt at a product was called YouTube Massacre lol 🙂

Don’t Google it as you will get some horrific images but it did ok.

It also built me a ‘buyers list’ and that, I was to find out later, was to be super powerful.

I began releasing products and with all the knowledge I had, I was able to build a good relationship with folk on my list and help them out with YouTube related stuff.

About this time, I became sick and tired with all the lies in the industry, though, so I made my review site which if you have not seen you can check out here: http://beerswithadam.com.

I wanted to do some reviews after actually going through the product so that people had a chance to see for themselves there are some honest people out there.

This site, Video Marketing Insider is a culmination of everything I’ve learned over the years.

And I’m proud of it.

Something designed to be an encyclopedia of video and whether you are a beginner, have a business that needs more exposure or would simply like to earn from someone who has been there, done it and is still doing it when it comes to video.

VMI as I’ll refer to it from now on is ever evolving.

As video changes, as technology grows, so does VMI.

I do not advocate anything with ‘viral’, ‘autopilot’ and ‘push button riches’.

VMI focuses on a more transparent and customer-centric way of thinking.